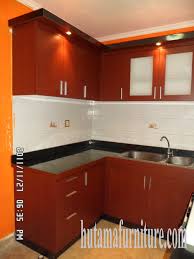 The first thing we must understand is that we need to know what kind of kitchen appliances which frequently used in daily cooking time and which kind of kitchen appliances which are just rarely used for several occasions. As example, we can see that the oil bottle is a thing that must be used in any daily cooking session, so we can keep this oil bottle in the area which is easy to be found and took, in opposite way, there is mixer which must be used rarely so that we can keep it in the high area of the kitchen storage.

There are appliances which are fragile or easily spoiled. These appliances must be kept away from children. You can put them in the area which is far from the children reach. If it is possible, you can give nametag on each bottle or appliances so that your child will recognize them easily if they want to take something without breaking other appliances.

We can put anti air box as a place for our food so that the food will remain fresh. This anti air box is very good in order to keep the appearance better since it is easily arranged.

We can use the fridge as the food storage, but, for some food complement material such as spices, we need some boxes or plastic racks as the place to put them on. These racks can be the other storage outside the kitchen storages.