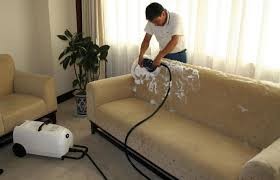 Lunarfurniture.com – There are so many disasters which attack this country, one of the disasters which is frequently come to the country is the flood. In fact, the flood disaster is easily predicted since the people in Indonesia is very bad in keeping the nature, especially in the throwing so many garbage and waste things to the river action and the lost of water absorber area which can prevent the flood. The flood disaster in Jakarta is the easiest evidence found since the citizen is very bad in keeping the environment so that the flood is annually come to the area.

Flood can give so many loss for the society, from the transportation difficulty which can rise the prime material needed by people, until the life threatened since so many people can die because of drowned or disease. Well, for some houses which is sunken by flood water, the flood can give negative impact for the things inside.

Some houses might be has additional floor or some higher area which can be used by the owner to move so many things from the flooded are to the safer place. Well, some other houses are not very lucky so that so many items and appliances still get sunken by the flood water. Chairs, desks, cabinet which is made by wooden material can be obsolete by flood water. Other material which is easily damaged by the flood water is the sofa. Sofa has material such as leather or foam which is hard to be cleaned if it is sunken by flood water, isn’t it?

If the sofa is sunken by mud flood, it must be difficult to be cleaned, even if you try to brush it over and over again. The spot from the mud flood can be remains exist, and even, the flood water and the mood can fulfill the inside area of the sofa which is difficult to be dried. If you have more money, you can ask the sofa repair people to change some wet areas of the sofa so that you can fix the sofa again