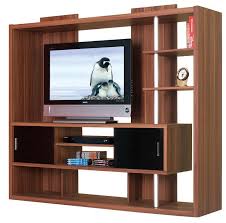 Lunarfurniture.com – Television is considered as one of the cheapest entertainments which can be enjoyed by people. This statement comes by the fact that due to the recent ages; the television price is getting cheaper and cheaper. If in the 90’s we need to pay millions rupiah for a set of television, right now we can pay just several hundred thousand rupiah for one. Besides of the function as the tool where we can watch entertaining programs, television attracts family members to watch the television show together and also do lot of conversations. In other word, the television watching action is pretty good for the family harmony.