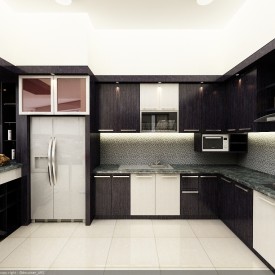 The stove or some people called it as hob is the part of the kitchen set which can be classified into two categories according to the application method. Both kinds of the hob are the Built in hob and the free standing cooker. In this article, we will discuss the first kind of hob, the built in hob which can be seen in the kitchen set as the area where the stove is united with the kitchen set. Commonly, the built in hob is on the top table area where the built in hob can be applied by placing it on the top table. Since it is united to the kitchen set, then the built in hob has pretty appearance. Commonly, kitchen set which uses this kind of hob has no gas tube plcement or oven as the grills. Well, as the placement of the gas tube, e can use one of the chambers of the lower cabinet which is located exactly under the hob or stove installation. Unfortunately, since one part of the lower cabinet is taken as the gas tube placement, then the space of the cooking tools placement will be reduced.